SHANGHAI, Nov. 9 (Gwadar Pro)-On the the China International Import Expo (CIIE) of this year, many automobile manufacturers including Hyundai and Toyota brought their electric vehicles powered by hydrogen fuel cells.

Hyundai introduced the Chinese version of Hyundai NEXO powered by hydrogen fuel cells on the expo. “The car emits only clean water on the road, making it truly zero-carbon. We nicknamed it moving air humidifier,” said the exhibitor of Hyundai Motor Group. She also told us that the company invested 8.5 billion yuan in the construction of a hydrogen fuel cell production and sales base in Guangdong, China last year. 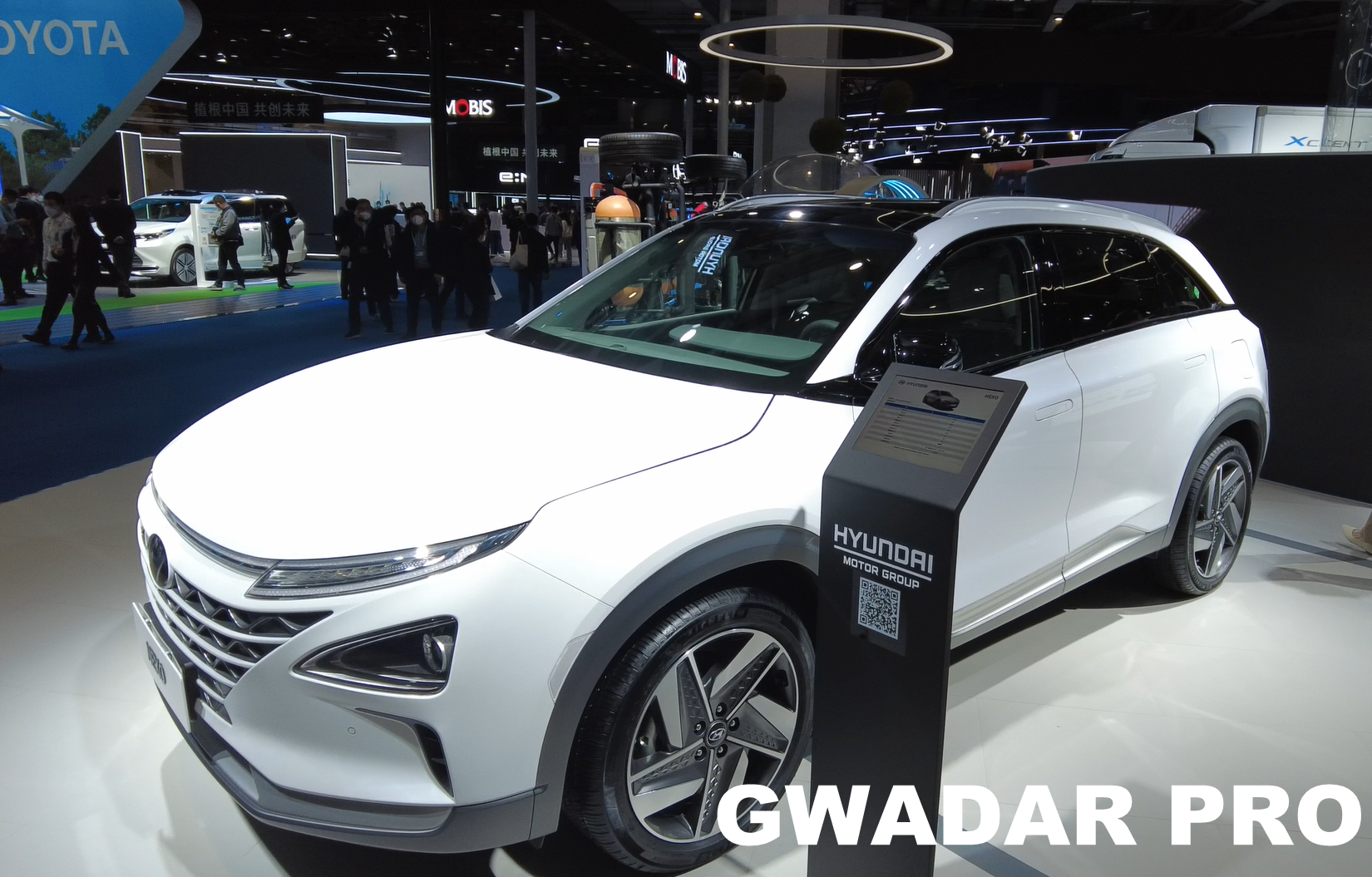 “United Nations Industrial Development Organizaition(UNDIO) has great experience working with renewable energy and alternative energy resources. A part of the solution, the energy of the future, is green hydrogen, which can contribute to a clean, carbon-neutral industry. And it is a long option for energy storage on a large scale,”said Gerd Muller，director general of UNDIO. Hydrogen can be produced by electrolysis, a process of using electricity to split water into hydrogen and oxygen. If hydrogen is produced by renewable sources like solar and wind, it is called green hydrogen.

Green hydrogen can also be a very potential direction for Pakistan to look into. Pakistan has abundant solar and wind sources, and the cost of electricity produced by wind and solar is also decreasing. If Pakistan auto manufacturers can go for hydrogen powered electric vehicles, around $17 billion foreign currency spent for petrol import can be saved every year. When the industry get developed, it is also possible to export green hydrogen to other countries.