GWADAR, Oct 20 (Gwadar Pro) - Gwadar becomes the recipient of fresh flood donation as the first truck of donation sent by China's Xinjiang Uyghur Autonomous Region has reached Gwadar offering congenial vibes of Pakistan-China friendship that stands tall in the face of all-natural calamity including flash flood and numerous testing times.
The government of Karamay, a city in the north of Xinjiang, China, sent a truck of aid materials worth RMB 200,000 including sleeping bags, tents and other winter-proof items.

The relief items were transported to Gwadar and would be taken to the flood-hit areas. This batch of aid materials departed from Khunjerab in Xinjiang on October 5 and passed through Pakistan's Gilgit-Baltistan, Khyber Pakhtunkhwa, Punjab, Sindh, and Balochistan. It took 13 days covering 3,150 kilometres to reach Gwadar port in Pakistan safely. 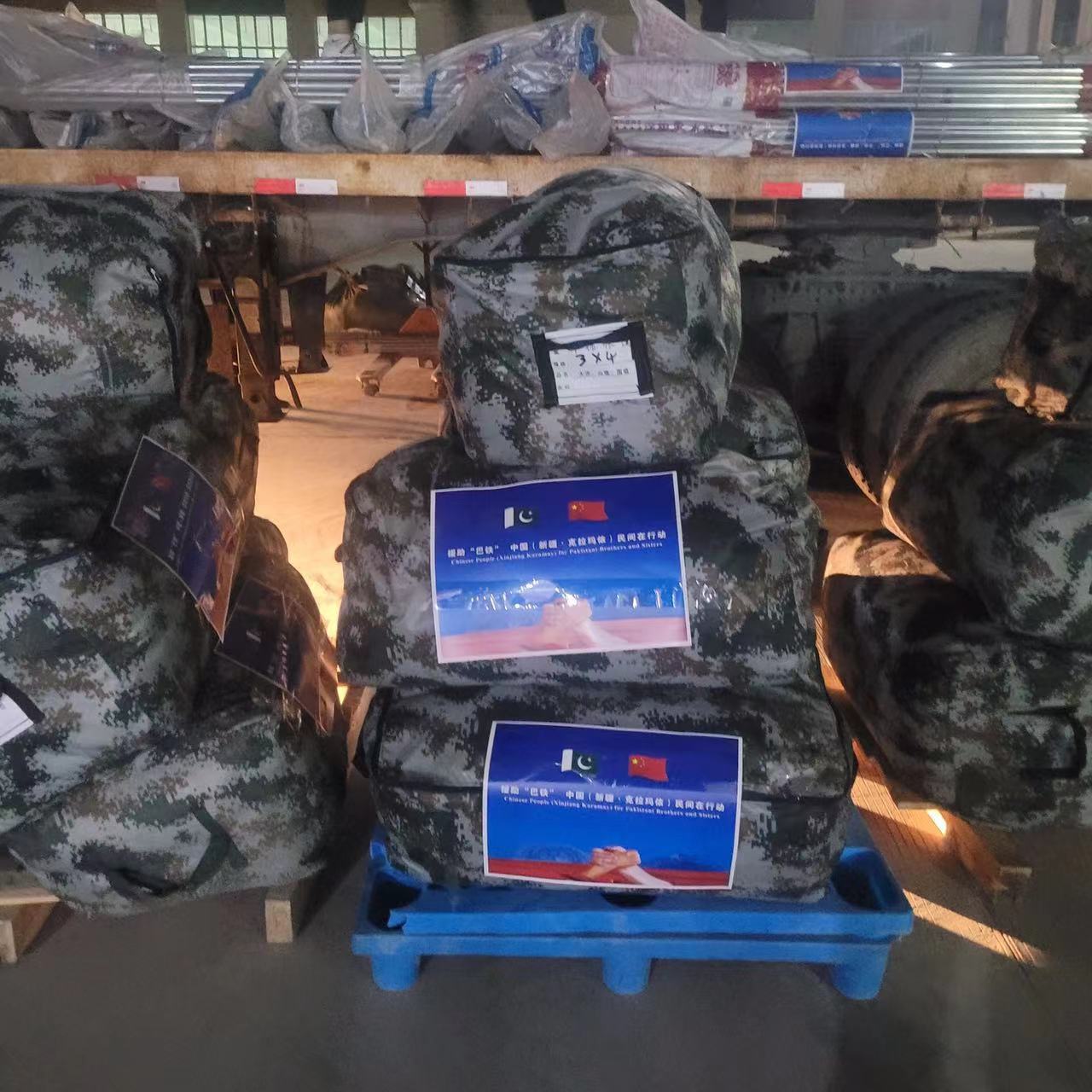 Officials of Karamay City believe that the Pakistani people will soon overcome the disaster and rebuild their beautiful homeland.

Official of the local government told Gwadar Pro that governments of Balochistan and other provinces have been seeking details of flood victims in a bid to distribute the aid as per requirements. To ensure transparency and trackability, records of all aid items for the flood-stricken areas are being made digital, he added.

Pakistan estimates the total losses from its recent floods could be as high as US$40bn, US$10bn more than the government’s initial estimate. Around 33 million people, including approximately 16 million children, have been affected. Monsoon rains and flooding have damaged 117,400 acres or 43 per cent of crops and vegetables and around 35,000 acres or 30 per cent of orchards with varying proportions in districts that were surveyed, the Rapid Needs Assessment Report on Balochistan says.