LAHORE, Sept. 19 (Gwadar Pro) - Pakistan has been hit by unprecedented and devastating floods which have caused a significant loss of life, means of sustenance, and property. In this regard, TECNO Mobile, a subsidiary of China’s Shenzhen Transsion Holdings Ltd, dived in to rescue flood victims in Pakistan by providing them with tons of food supplies, shelters, and hygiene kits to affected families in Sindh, Pakistan.

The most catastrophic floods in Pakistan’s history have washed away villages and left more than 30 million people in desperate need of aid and support. In these tiring times, TECNO Pakistan along with its staff members initiated the #TECNOFundsForFlood campaign to provide tons of flour, sugar, rice and additional life-saving supplies to the severely impacted areas of Mirpurkhas districts and other surrounding areas of Umarkot and Kunri through a direct drive of nearly 300 km. 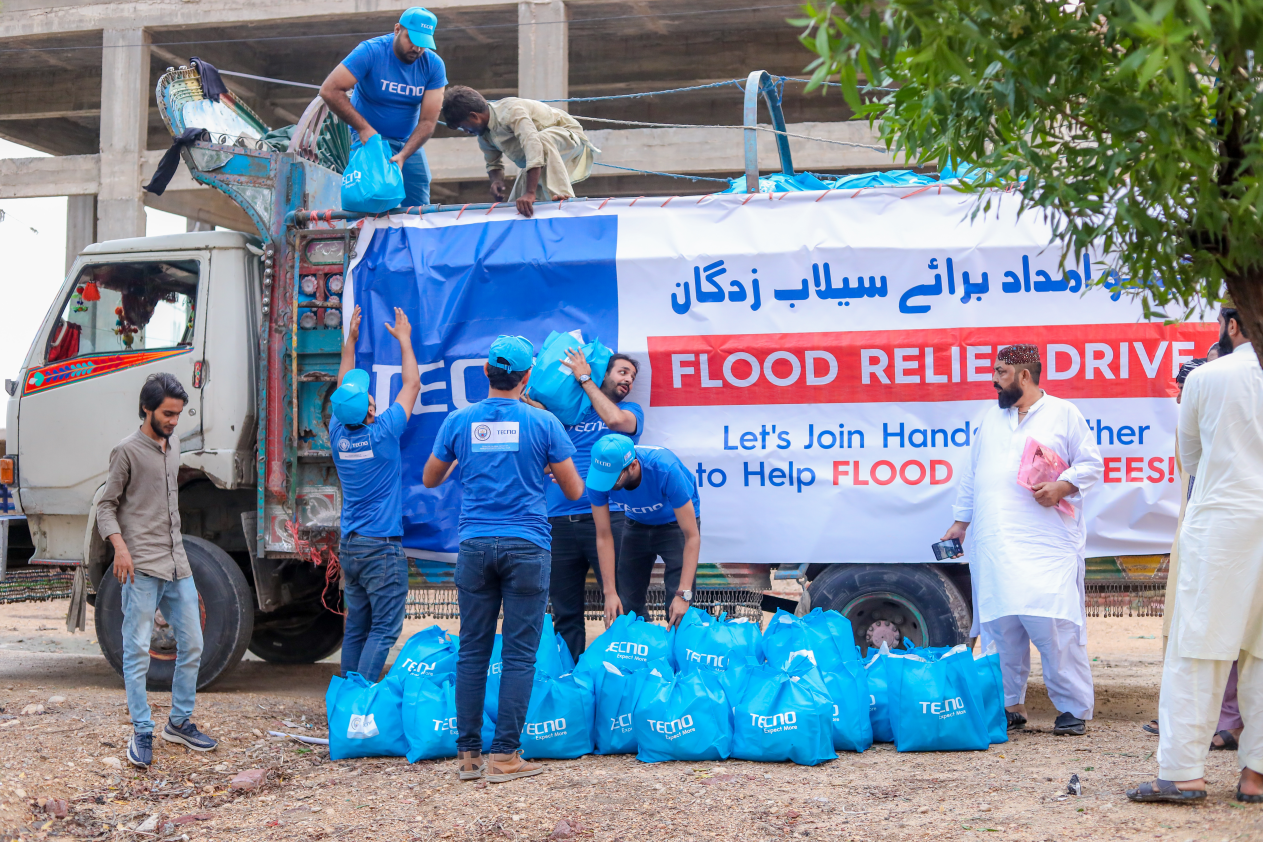 Kelvin Zeng, CEO of TECNO Mobile, conveyed his sympathy and prayers for the flood victims. He added “thousands of individuals, including our team members, customers, and other Pakistani have been affected by this catastrophic event.” He stated, “TECNO has always tried to play a positive role for Pakistan and its citizens. Now is  time to come together and support each other in these difficult times. We're honored to offer our help and services to the people in need”.

Interior Sindh is the worst affected flood area and the company’s efforts are not only limited to monetary donations. The TECNO team is also supporting flood victims in reviving their normal lives by providing essential provisions to every deserving household. Empathizing with their hardships, the TECNO team decided to donate supplies directly to flood victims as a show of support.