Pakistan has a population of 5.7 million donkeys. [Photo/Tahir Ali]

RAWALPINDI.Jun.22(Gwadar Pro) - Chinese and Pakistani researchers have conducted a study on “The Extracting Technology for Antioxidant Oligopeptides from Donkey Meat” which proved that donkey meat has a “good antioxidant activity”.

Antioxidants are molecules/substances that fight free radicals in the body. Free radicals can cause harm if their level surges in the body; they can cause multiple illnesses including heart disease, diabetes, cancer, etc.

The researchers, while using Two-Step Enzymatic Hydrolysis during the study, developed the technology of enzymatic hydrolysis for antioxidant peptides derived from donkey meat.

The findings determined that at optimum conditions, a degree of hydrolysis (DH) of 25.4%, protein recovery (PR) of 95%, DSA of 69.75% were obtained and hydrolysates (3 h) had similar molecular weight distribution (MWD) to Ejiao Oligopeptide, which had been “proved to have good antioxidant activity”. “These results provide fundamental data for the application of donkey hydrolysates, such as protein supplementation in food systems,” reads the findings.

As per the introduction of the study, donkey is an important source of medicinal products in China. Donkey's hide could enrich the blood and enhances white blood cells and is used in adjuvant chemotherapy. Similarly, donkey meat improves liver and kidney functions, promotes blood tonic, body immunity, anti-aging, profit lung, and eyesight effects.

The donkey population continues to grow at a steady speed in Pakistan. Earlier this month, Pakistan Economic Survey (PES) 2021-22 was released, showing that Pakistan’s donkey population grew to 5.7 million from 5.6 million in 2020-21. 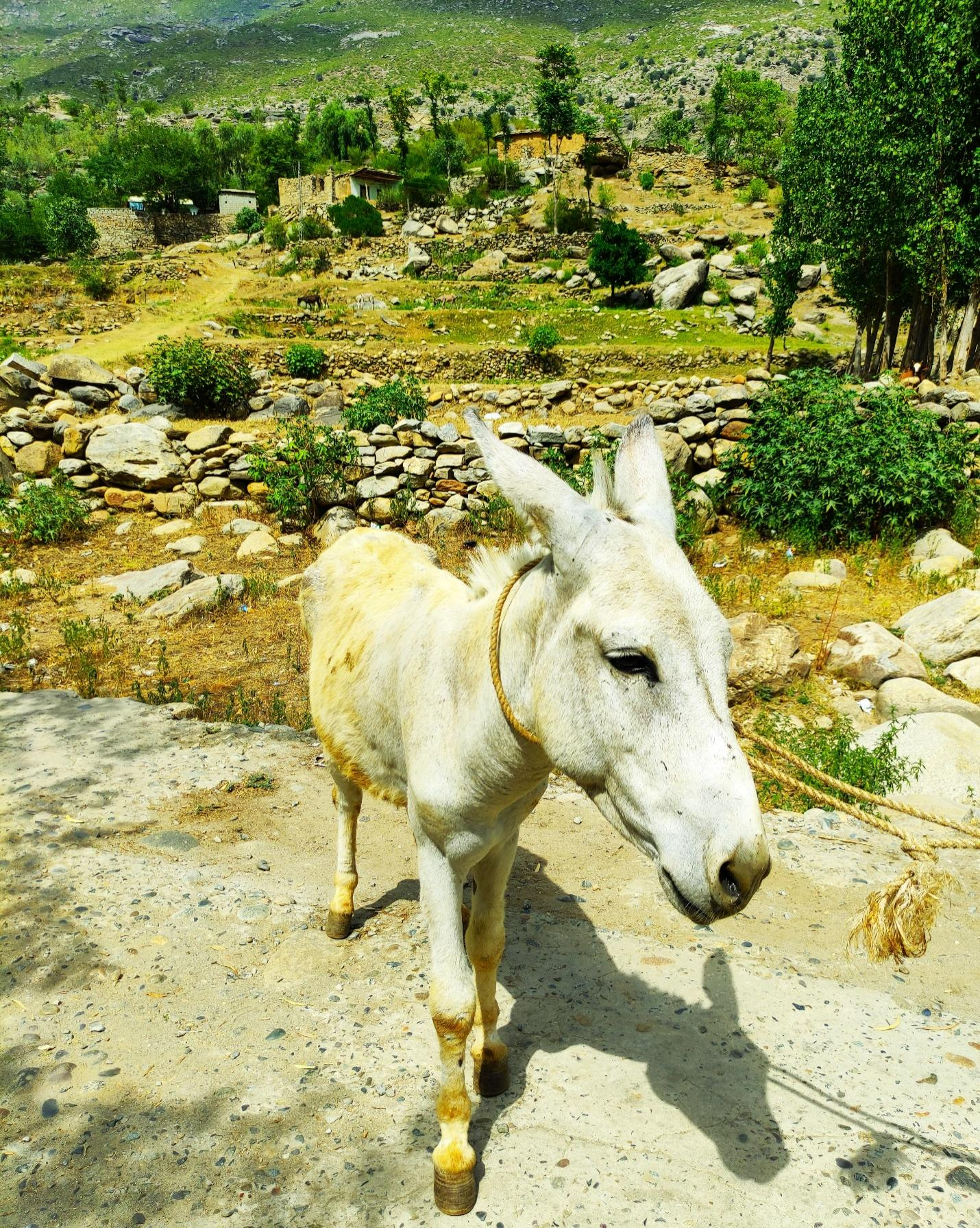 Donkey is one of the domestic helping animals in rural Pakistan. [Photo/Tahir Ali]

“Pakistan is one of the countries with the most donkeys in the world, while China really needs them. There are great prospects for China-Pakistan cooperation in donkey breeding,” Dr. Saif-Ur-Rehman, one of the researchers, told Gwadar Pro.

"Pakistan has reportedly the third-largest donkey population in the world," said Mr. Rehman, adding that the Government of Punjab has set up donkey breeding farms in Okara. "The donkey farm in Okara is a success story and soon similar farms would be set up in other parts of the province,” he said.

To get maximum consumption of all beneficial ingredients, there is a need to establish the deep processing technology for donkey meat.

According to Dr. Saif-Ur-Rehman, time is not far away that "Pakistan will start exporting donkeys to earn foreign exchange,” adding that Chinese investors have shown interest to invest in donkey farming in Pakistan.