NABISAR, Jun. 10 (Gwadar Pro) –On June 4, the groundbreaking ceremony of the Nabisar Vajihar Water Supply Project in Pakistan, which will be constructed by POWERCHINA, was held in Nabisar, Sindh Province. Syed Murad Ali Shah, Chief Minister of Sindh Province, and Abdullah Al-Mutairi, CEO of the project investor Enertech Holdings, jointly inaugurated the project. Kuwait’s Commercial Counselor to Pakistan, Minister of Irrigation of Sindh Province, Minister of Energy, Minister of Education, and other dignitaries attended the ceremony. Relevant personnel of POWERCHINA International and POWERCHINA Huadong Engineering Corporation also attended the ceremony.

Group photo of POWERCHINA and Enertech [Photo provided by POWERCHINA]

The project is the largest PPP project in Sindh, Pakistan so far, where the teams of professionals will build a water plant with a capacity of 129,600 m3/d, will construct two reservoirs (the starting point reservoir of 5.71 million cubic meters and the end reservoir of 3.52 million cubic meters) and install and test the glass reinforced plastic pipes with a diameter of 1.4 meters and a total length of 60.71km. 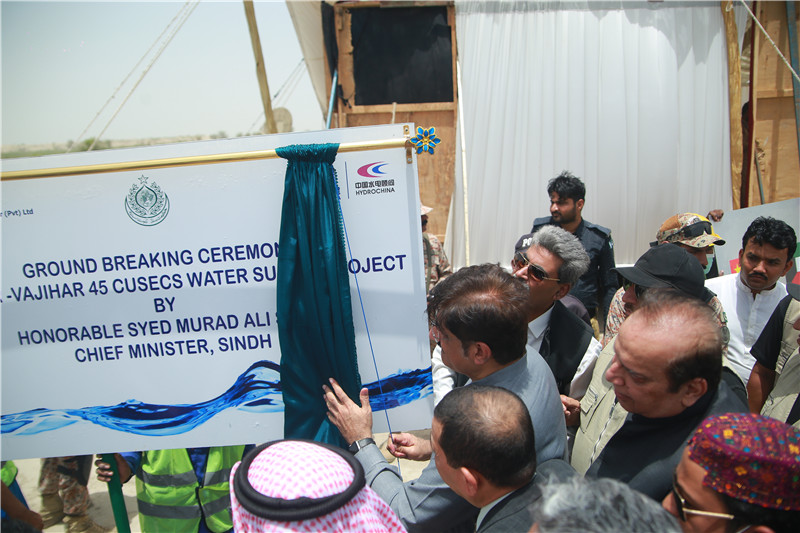 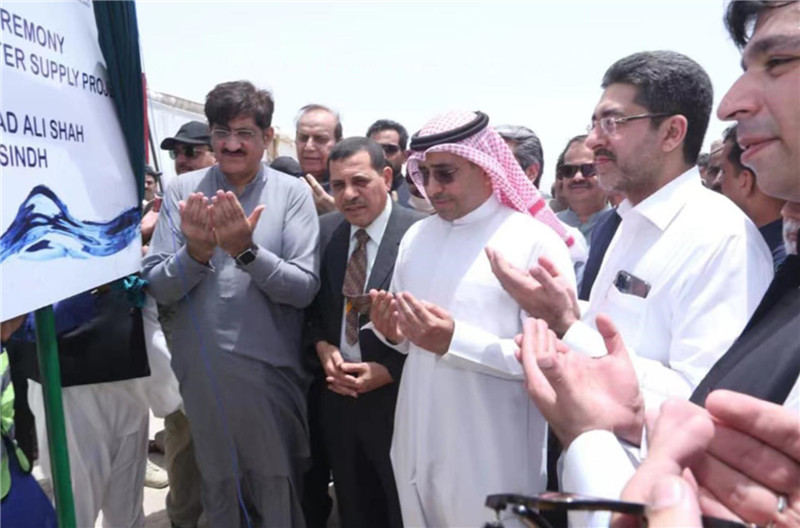 “Although the project has complex groundwater treatment requirements for the reservoir, we firmly believe that our technical competence and service can satisfy both the owner and the local people,” Mr. Wu, Project Manager of the Nabisar Vajihar project, said in an interview with Gwadar Pro. The reporter has learned that it is expected to be completed in December 2023, and once completed, the annual water supply of the project will reach 40.185 million tons, mainly for coal-fired power plants, including the Thar coal-fired power plant operated by Shanghai Electric under the framework of the China-Pakistan Economic Corridor.

“Our end point, Vajihar in the Thar region, is a desert area with an arid climate and sparse population. This project will effectively solve the over-exploitation of groundwater to improve the local ecological environment for Vajihar side,” emphasized Wu. 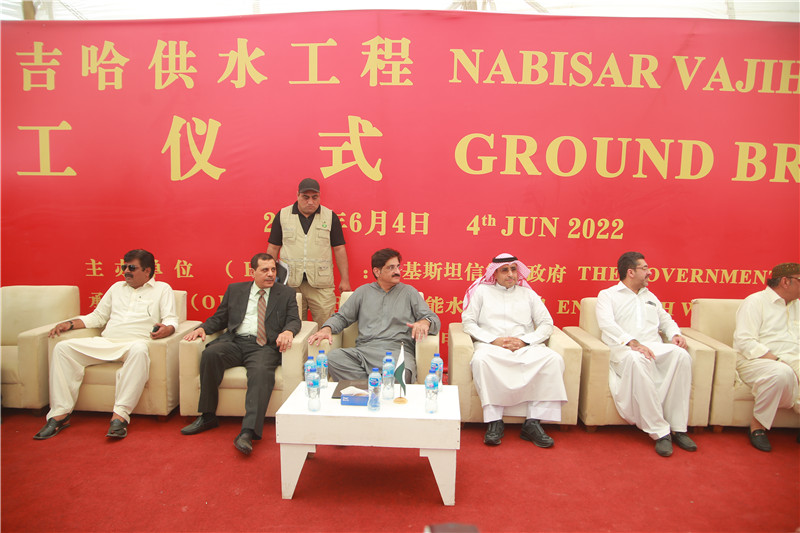 Pakistani and Kuwaiti guests at the rostrum [Photo provided by POWERCHINA]

Pakistan’s domestic water resources are scarce, with Karachi, the largest city, still has no running water supply. Therefore, Pakistan’s water sector development has a broad market space. The Nabisar Vajihar project is not only the first project of POWERCHINA to enter local water sector based on the deep cultivation of hydropower, thermal power and new energy markets in Pakistan, but also the first project of tripartite cooperation between China, Pakistan and Kuwait in recent years, with self-evident significance to the diversified energy cooperation under the framework of the China-Pakistan Economic Corridor and the Belt and Road Initiative.