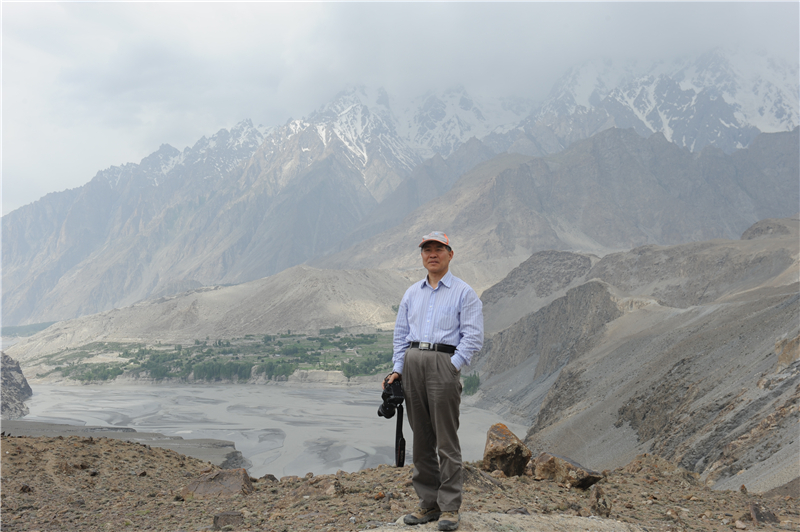 CHENGDU, June 3 (China Economic Net) – China and Pakistan should strengthen cooperation on natural disasters prevention and mitigation to build a China-Pakistan community with a shared future, said Cui Peng, an academician of the Chinese Academy of Sciences, in an exclusive interview in May.

According to Climate Change 2022: Impacts, Adaptation & Vulnerability, an UN report released in February, human-induced climate change is causing dangerous and widespread disruption in nature and affecting the lives of billions of people around the world, despite efforts to reduce the risks.

“Building a beautiful homeland is a common dream for mankind. In face of climate change, disaster prevention and mitigation and other global issues, no country can manage alone or stand aloof. Only through joint efforts can we address them in a scientific way,” said Cui, who is also the Director-General of China-Pakistan Joint Research Centre on Earth Sciences (CPJRC).

According to Cui, the annual frequency of extreme weather and major natural disasters caused by global climate change is about 320 times on average in the past four decades.  Similar situation prevails in Pakistan.

Unusual heatwave has been striking Pakistan from March to May 2022, it is most likely by human-caused climate change, a rapid analysis finds. The peak temperatures reached 51C in March.

On top of heatwaves, less rain fall and rising temperature, is forest fire.

Since the start of May, Balochistan province has been engulfed in ever growing forest fire. China and Iran both assisted Pakistan in putting out the blaze. 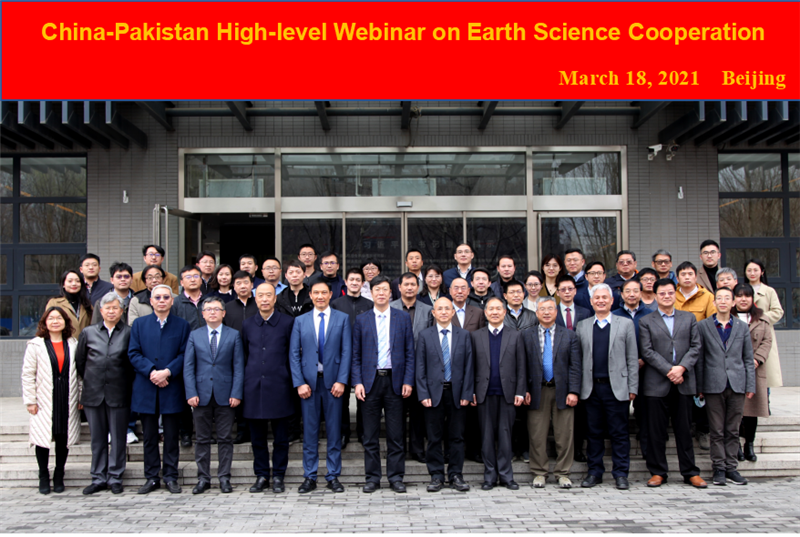 As an expert on disaster risk reduction, Cui shared his opinion with China Economic Net on China-Pak cooperation in this regard.

Cui called to establish a China-Pak cooperation mechanism on disaster information sharing and cooperation in disaster prevention and mitigation, to facilitate bilateral collaboration.

With reference to international practices on investments, the two nations should accelerate establishing a disaster risk assessment and prevention mechanism for major projects under the framework of the China-Pakistan Economic Corridor (CPEC), to guard against and defuse major investment and engineering disaster risks.

Cui advised to advance the compilation of the disaster prevention and mitigation action plan under CPEC for closer people-to-people bonds and the building of China-Pakistan community with a shared future.

Cui thought it is necessary to strengthen disaster monitoring cooperation and carry forward the building of a monitoring network applicable to multiple  disasters including earthquake, sleet and snowstorms, geohazards, flood and tsunami, to improve the monitoring and early warning capacity.

China and Pakistan could conduct regular disaster risk assessment of the key areas along CPEC in order to guarantee the people’s livelihood and major projects’ construction.

Efforts and contributions to CPEC and people 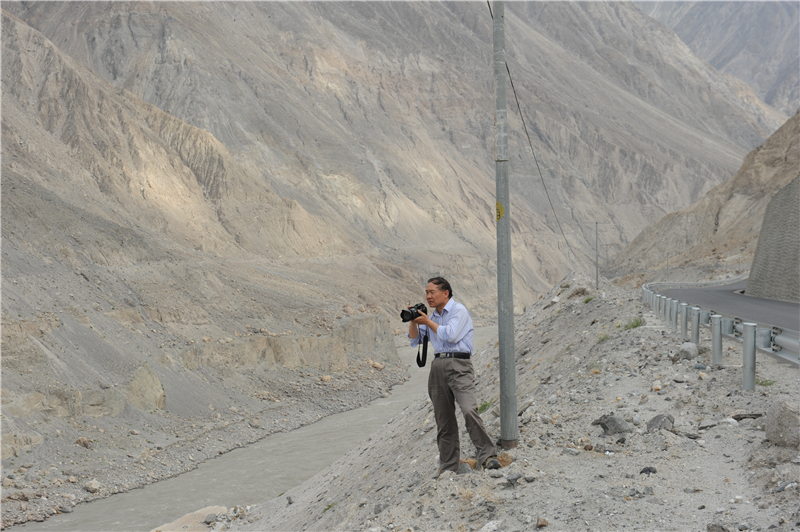 “As a scientific researcher, it is my responsibility and obligation to make efforts to mitigate and/or reduce the damage to nation and people’s safety and property,” Cui said.

Cui has been doing scientific research for almost 40 years at Institute of Mountain Hazards and Environment (IMHE), Chinese Academy of Sciences.

He is dedicated to mountain hazards (specializing in debris flow and landslide), disaster risk reduction, water and soil conservation and fluvial geomorphology.

Cui insists that scientific researchers on geological disasters should make field trips to get the first-hand data as the direct scientific basis for creating better methods and technologies on disaster prevention and mitigation.

“After investigating many disaster events, I was shocked by their damages to the safety of life and property, and the environment, which hardened my resolve to engage in debris flow and landslide research and disaster prevention and mitigation,” said Cui.

Cui has been to many geological disaster sites home and abroad in the past over 30 years.

His dedication and love to disaster risk reduction also makes great contributions to the construction of CPEC and brings benefits to the Pakistani sisters and brothers.

Professor Asif Khan from University of Peshawar and Cui led a team to investigate geological hazards along Karakoram Highway (KKH) in 2006.

Since then, IMHE and the Pakistani national scientific research institutes have persistently carried out cooperation on disaster prevention and mitigation for the renovation and expansion project of KKH.

On 4 January 2010, a massive landslide occurred at Attabad Village in Hunza of northern Pakistan, which created a barrier lake.

Part of KKH, about 24 kilometers, was submerged by the Attabad barrier lake, which almost cut off the commerce and trade route between China and Pakistan.

To help the contractor of KKH make emergency response program, IMHE set up a team with Cui as the leader to make field trip and make a scientific analysis about the barrier lake. 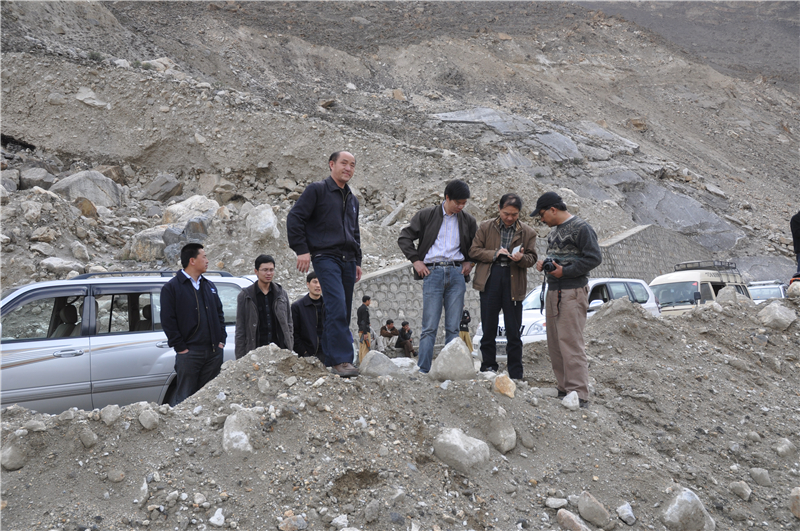 Cui Peng (2nd R), leads an expert team and makes a field visit along the renovation and expansion project of Karakoram Highway on March 31, 2010. [Photo provided to China Economic Net]

The project was constructed successfully and it opened to traffic three years ahead of the original plan, which also boosted the increase of bilateral trade volume.

“It’s our duty to indeed mitigate and reduce disasters for people. The work can make closer people-to-people ties and conforms to the ides of a community with a shared future for mankind,” Cui said.

With such a calling, Cui takes the whole world in view.

Under the Belt and Road Initiative (BRI), Cui wants to build an international scientific platform to help countries and regions involved effectively respond the natural disaster and safeguard people’s livelihood.

Among them, Pakistan caught Cui’s attention as it is prone to all kinds of natural disasters.

Amid the construction of CPEC, Cui, along with IMHE, has initiated the building of an international platform on disaster risk reduction, to draw global scientists to solve problems and safeguard people. 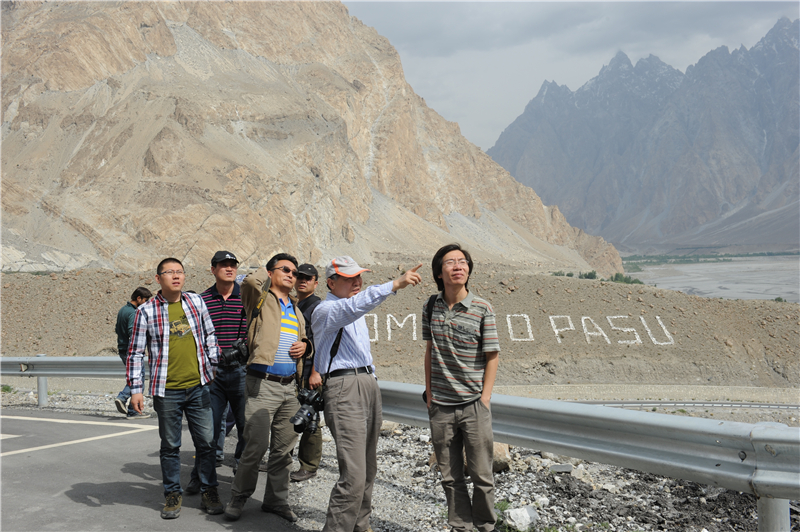 CPJRC has finished a comprehensive natural disaster survey of CPEC since its inception.

Together with the Pakistani parties, CPJRC has collected data that are used for research on socio-economic development and resources and environment.

In terms of marine geology, the Chinese and the Pakistani scientists have jointly established the Makran Trench 3D model for seismogenic structure model and seismic slip model.

These research results could provide scientific proof for preventing the earthquake and tsunami risk for Pakistan’s southern coastal regions and Gwadar port.

CPJRC has assessed the risk of landslide and debris flow disaster in the northern mountainous region of Pakistan.

This can support the site choice for major projects in the future.

In addition, CPJRC has established the CPEC Information system and data sharing platform for resources, environment ecology and disaster, which could directly serve the construction of CPEC.