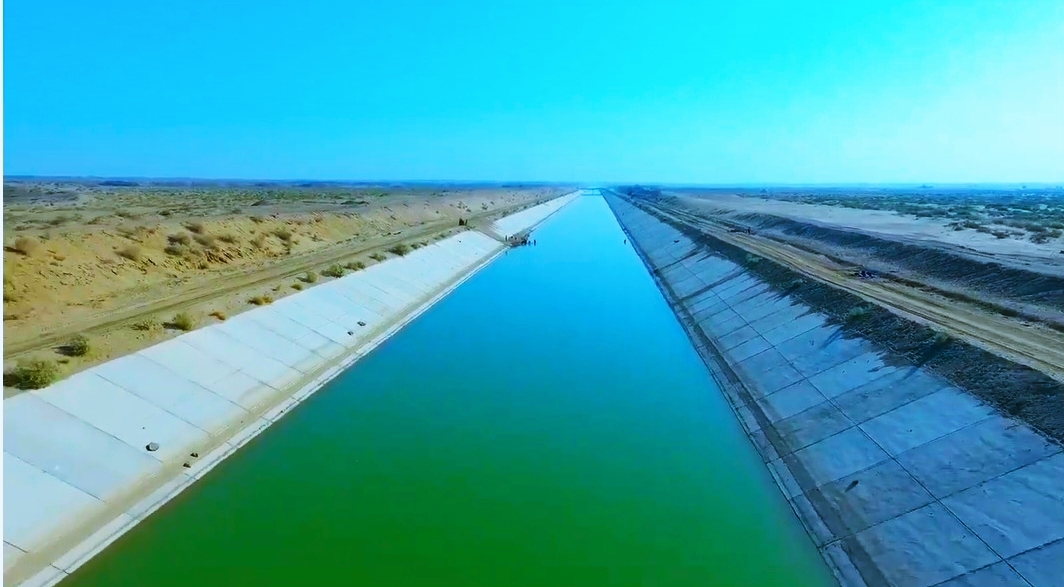 Kachhi Canal, a vital project to alleviate poverty and eradicate extremism in Balochistan.

DERA BUGTI, Apr. 28 (Gwadar Pro)- The construction of the extension of Kachhi Canal Project (KPC) has entered its final phase of completion. According to Pakistan Water and Power Development Authority (WAPDA), the project will be completed by August 2022.

The 32-km long water distribution system with a 40-km long main canal, will irrigate an additional 30,000 acres of virgin land in Dera Bugti, one of the backward districts of Balochistan.

On Wednesday, WAPDA released a short documentary showing the progress of the project including the process of excavation, main canal lining, canal box conduits, super passages and the camps of contractors.

WAPDA Chairman Lt. Gen. Muzammil Hussain (Ret’d) said, “30,000 acres of command areas are being developed under the project”, adding, those deserted areas of Balochistan are becoming fertile where there was no sign of water before. Local people will get developed land and the project is creating job opportunities for them. “In the next phase, we will extend the project up to 700,000 acres of land in Balochistan,” Mr. Hussain said.

Syed Ali Akhtar Shah, Project Manager KCP Central showed satisfaction over the speed of all three contractors involved in the project. “The work is going in full swing and we are going ahead of our targets,” he said.

The extension of Kachhi Canal is being carried out through three different contracts with a cumulative cost of Rs.19.504 billion.

WAPDA has already constructed a 363-km main canal and a 81-km long allied water distribution system to irrigate 72,000 acres of land. The canal, with discharge capacity of 6000 cusecs, that takes off from Taunsa Barrage in Muzaffargarh district of Punjab, enters Balochistan in Dera Bugti district.

Kachhi Canal is a vital project to alleviate poverty and eradicate extremism in remote and backward areas of Balochistan by developing irrigated agriculture and agro-based economy in the province.