Pak-Sino cooperation in PV industry, the most pressing need

One of these solar mini-grid stations is located in Jandola, subdivision Tank in southern KP.  Construction  of the mini-grid station is almost completed and the power transmission will be accomplished shortly, according to PEDO.

“It will supply electricity to hundreds of shops in Jandola Bazaar, where unannounced load shedding has been a longstanding issue for local traders,” Mr. Mehsood said, adding that it would help boost business activity in the bazaar.

The capacity of the mini-grid is 175 KW. About 390 solar panels, with a capacity of 450 watts each, have been installed in the station.

A PEDO official, working on Jandola solar mini-grid station, told Gwadar Pro that the technology used in the station mainly comes from China. “The solar panels, lithium batteries and inverters are made-in-China,” he said.

“China is a champion in solar photovoltaic technology and we are lucky that China and Pakistan are friendly neighboring countries,’ he said, adding that Chinese panels are durable and above all economical.

Besides grid-stations, the Government of KP is in the process of the solarization of 8,000 schools, 4,000 mosques and 187 basic health units (BHUs) as per “Access to Clean Energy Program”. PEDO is currently executing the clean energy program in different parts of the province. Under this program, 370 schools have been fully energized through solar system in the district of Swat.

With the completion of programs, 12 MW load will be shifted from National Grid Station to alternate solar energy, according to officials.

PEDO has recently completed the solarization of the Government Primary School Topsin, Swat. The school is located at a distant hilly area in Janoo Chamtalai union council. “Now we have lights and fans and there is no issue of electricity,” said Muhammad Ijaz, a teacher of the school. “Students are happy while their parents are delighted to see their children in peaceful study environment,” he said, adding that due to scorching summer heat and prolonged power outages, in many areas of the province parents stop sending their children to schools.

Besides schools and BHUs, the people of KP are delighted to see solar panels installed in mosques and worship places of religious minorities. Muslims visit mosques five-times for worship; the availability of uninterrupted electricity power by solar panels is nothing less than a blessing for them. One such mosque is Masjid Aqsa Toth Patay Swat where the solar system has been installed.

Many Pakistani families have started using solar power. Well-off people have proper solar system at their homes while poor people simply use solar panel connected to a small DC fan during the day. Thanks to Chinese technology, even gypsies carry solar panels with them from place to place to run fans and charge their cellphones with them. Some farmers use a solar-powered fan to separate the grains from the husks. The use of solar energy has become an integral part of life, especially in rural Pakistan.

According to information available with Gwadar Pro, “Access to Clean Energy Program” of KP is mainly based on Chinese technologies. The solar panels, lithium batteries, inverters and other equipment have been imported from China. The rechargeable Li-on batteries used in the projects are the productions of PylonTech China while Crystalline Silicon Photovoltaic Modules are produced by Shanghai JA Solar Technologies Co., Ltd, China. Similarly, the inverters used in the solar mini-grid stations are made in China. The majority of them are the products of Voltronic Power Technology (Shenzhen), China.

“We import solar panels from different companies from China e.g. JA Solar, Yingli, Suntech, Longli and SUOER and many others,” said Ihsan Khan, who deals in solar panels in Peshawar. “We are executing projects in both public and private sectors,” he told Gwadar Pro. 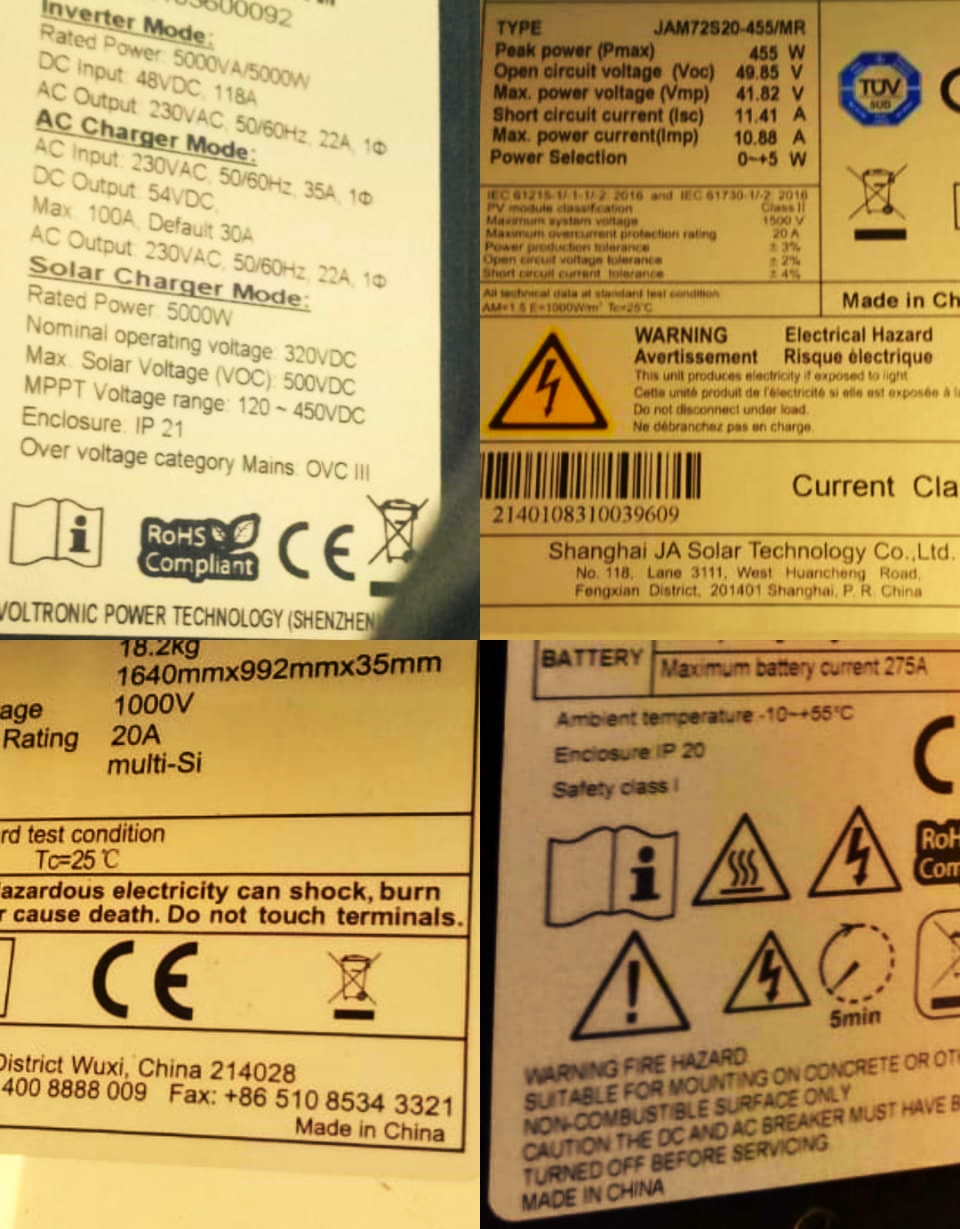 Pakistan is currently reporting a major shortcut to households and industries. Instead of buying expensive coal and natural gas to fuel its power plants, the country should focus on increasing renewable energy production.

According to Engineer Muhammad Aziz, power generation under CPEC should focus on the development of renewable energies such as solar, wind and hydropower. “The transfer of technological innovations and skills from Chinese companies to the local renewable energy manufacturer can also help Pakistan,” Mr. Aziz told Gwadar Pro, adding that “investors from both countries should enter into joint ventures in photovoltaic technology in SEZs”.