On guard for electricity in every Pakistani home 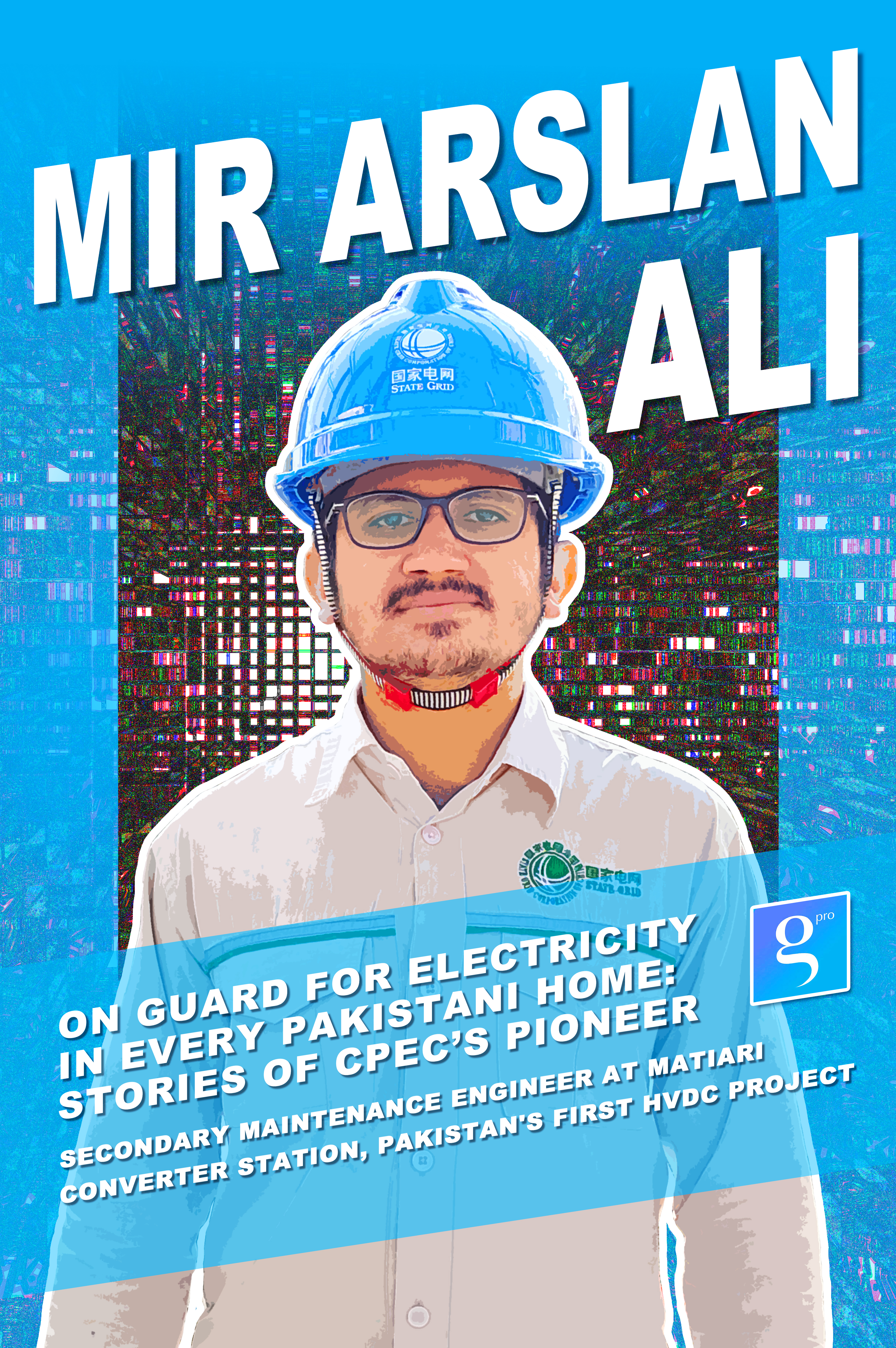 He was once just an ordinary college student, but he became the Secondary Maintenance Engineer at Matiari Converter Station, Pakistan's first HVDC project through his own efforts. Now, he works every day at the converters station, standing guard for electricity to millions of Pakistani homes. He thinks the work is hard, but he and his family are proud that he can work at CPEC. 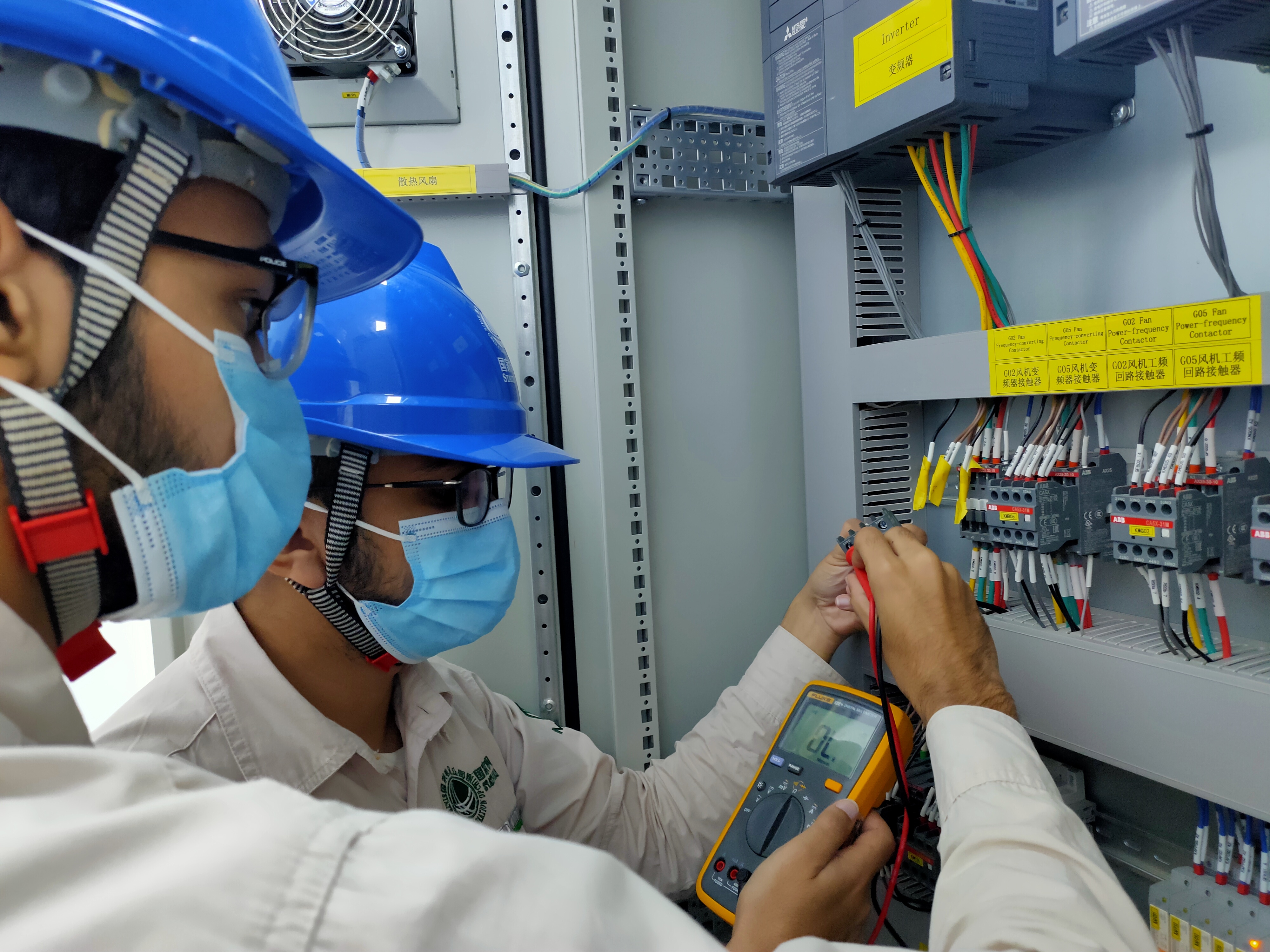 Mir Arslan Ali, a Secondary Maintenance Engineer at Matiari Converter Station, was born in a very historic city and a former princely state, Khairpur. He never thought that he would work on such a significant project and contribute to electricity in every Pakistani home before he entered the converter station.

“I graduated in Electrical Engineering in 2019 from Mehran University of Engineering and Technology (S.Z.A.B). In the sophomore year, I came to know about the construction of the HVDC project under CPEC and this news made me so excited. There was a poster competition held at my university, so I decided to work on promotion of financial benefits that the project would bring to our country. At that time, I never knew that one day I would be a part of this wonderful project that was no doubt a turning point for the power transmission in Pakistan,” Arslan recalled.

“Then, in March 2020, I got an opportunity, which changed my life, formally entered the HVDC transmission project,” he went on, “At that time, I just wanted to do my best and I didn't think I could contribute so much to the development of Pakistan's electricity system.”

As a secondary maintenance engineer, Arslan’s routine work includes inspection of all the measurement, control and protection equipment at the converter station to make sure that all the equipment remains stable and there is no abnormality.

Now, he can do it well and expertly. This is due to the fact that he studied very hard at the beginning and kept asking questions from Chinese technicians. “Being a part of this project, working along with my Chinese colleagues, and contributing to the betterment of my country’s transmission network is a very proud feeling for me. The most rewarding thing is the very positive and encouraging behavior of our Chinese seniors and colleagues working at the Matiari Converter Station which enabled me to learn and solve the problems,” Arslan said, “They have been encouraging and supportive during the training period. In particular, I would like to mention our chief of secondary maintenance department, Mr. Sun Qinpei and my Mentor, Mr. Liu Tong. They have been very cooperative and have taught me various technical skills, and have always answered the questions and queries that came to my mind.”

Sun and Liu also speak highly of Arslan. They said he has both Pakistani perseverance and Chinese modesty. “During breaks we could always find him alone thinking about technical problems. He came to ask questions whenever he could, and once followed us outside the project site for consultation. Chinese always value this kind of studious quality, so we are deeply moved. We're happy to share all our knowledge with him. He has also grown up quickly and is now a skilled and excellent employee,” they said. 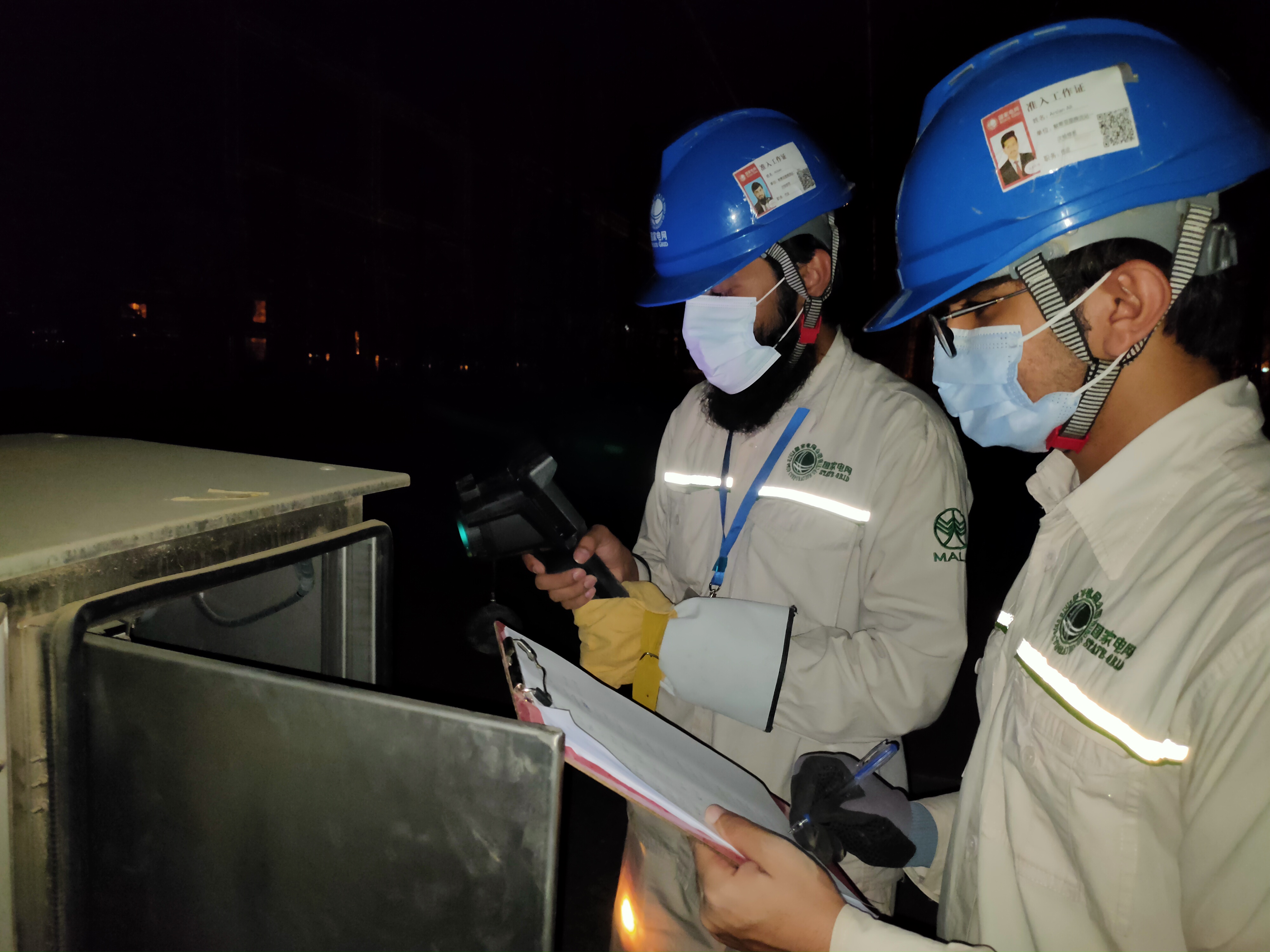 Maintaining such a large converter station also presents him with some tricky challenges. “When there is any fault that hinders the normal working of the converter station, resolving that fault as soon as possible is a major responsibility and a very challenging task that we maintenance engineers have to face,” Arslan said, “We must quickly and accurately troubleshoot and repair faults to ensure that electricity is not affected in homes and industries across the country. Indeed, we are in a race against time.”

Listening to the roar of the machines and checking each piece of equipment carefully every day, Arslan never slackens in the face of monotonous work because he filled his post with conviction. “Nobody can forget that the once old power grid has collapsed several times, resulting in power cuts that have left Pakistani households in the dark for many hours. The Matiari to Lahore ±660KV HVDC Project improves this situation by providing us with a more stable power transmission system. When I think of my daily commitment to ensuring electricity for every Pakistani home, I dare not and cannot afford to slack off,” he said.

Time flies, the former college student from the historic city has become the backbone of the China-Pakistan Economic Corridor project. In the future, Arslan will still be at his post, listening to the machines roar day after day, along with his colleagues, standing guard for electricity to millions of Pakistani homes.