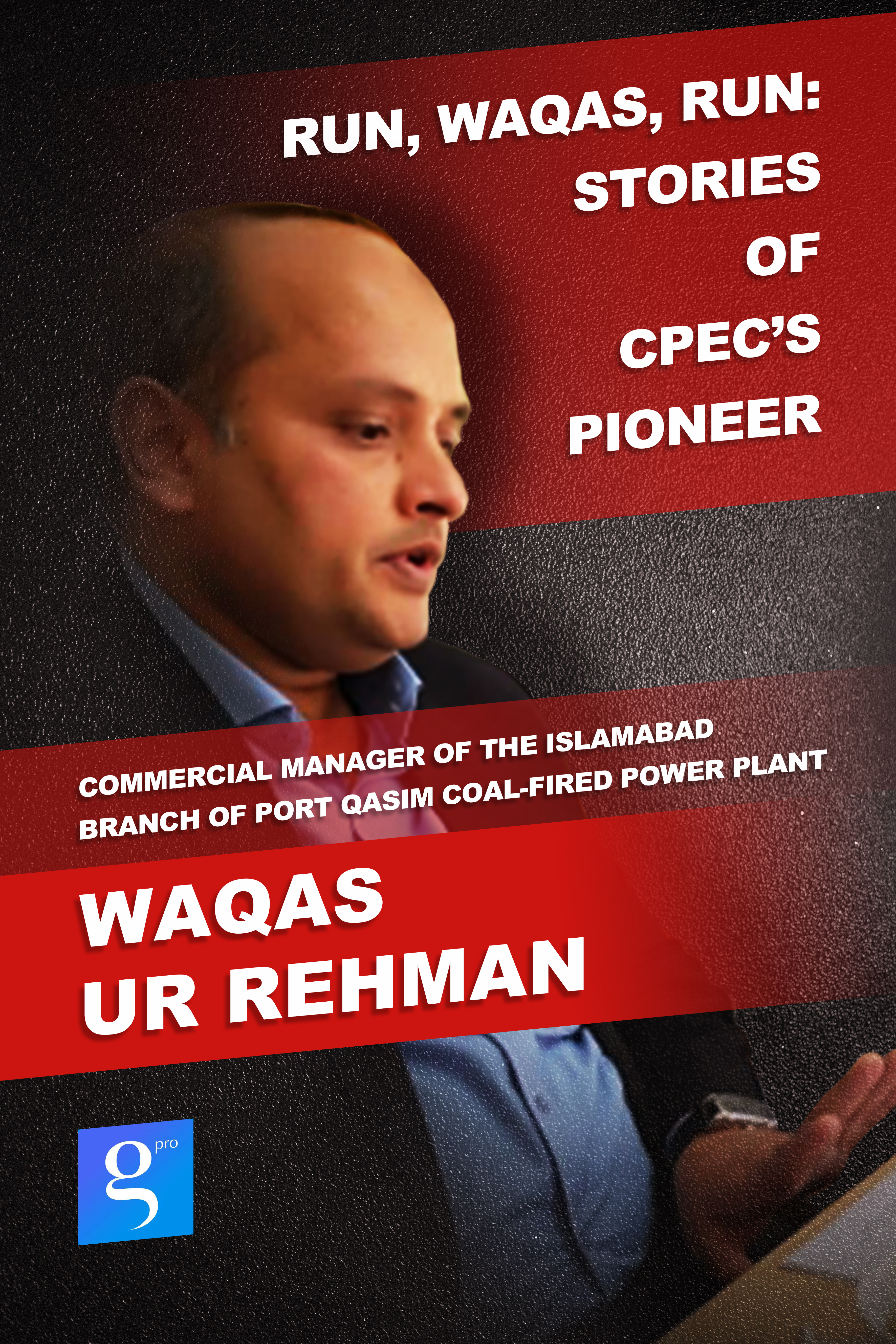 Waqas runs to pursue his dream. Nicknamed “Waqas the Runner”, Waqas spends more than 6 working hours outside the office everyday, stepping on over 10 government departments. More than a year after Port Qasim power plant was put into operation, Waqas has completed nearly 300 applications for electricity bills, all of which have been accurately recorded, without a single delay or error.

The morning in Islamabad starts with a cup of milk tea.

The 45-year-old Waqas Ur Rehman gets used to reading the day's Dawn at breakfast. His wife makes a cup of milk tea for him every morning. Taking a sip of the milk tea and a bite of sandwich, he, as the commercial manager of the Islamabad Branch of Port Qasim Coal-fired Power Plant, flicks through the newspaper for information on China-Pakistan Economic Corridor (CPEC). Jointly owned by PowerChina and Qatar’s Al-Mirqab Group, "the Port Qasim power plant is one of the priority energy projects and the first large-scale power energy project under CPEC. Many Pakistanis are paying attention to CPEC," Waqas explains.

Waqas leaves home at 8:00 a.m. and arrives at the office around 8:45 a.m., which is 15 minutes ahead of office hours. "Getting prepared in advance helps boost my morale,” Waqas told the reporter.

At 9 o'clock, Waqas sets off for United Bank Limited (UBL). "Please help with the payment for the electricity bill of Port Qasim power plant," Waqas says to a receptionist. At present, the electricity fee payment method of Central Power Purchasing Agency (CPPA) is still relatively old, relying on human-driven service. As the Qasim Power Station has a large amount of Funds From Operations (FFO) and needs to collect electricity fees in a timely manner, Waqas has to go to different banks of deposit of CPPA every working day to handle the bill of exchange for electricity bill payment.

"The next stop is Industrial and Commercial Bank of China (ICBC), and we must ensure that the payment goes smoothly," says Waqas and hurtles into the busy traffic in Islamabad. Although he is quite familiar with his work, it takes at least half an hour every time to queue up. To ensure that everything is all right, Waqas always keeps on his toes.

Waqas spends most of the morning shuttling from bank to bank. It is quite hot on the streets of Islamabad in April, and Waqas occasionally drinks water to cool off. "The payment of electricity fee is the lifeline of Port Qasim power plant, which is also my number-one priority," Waqas says, wiping sweat from his forehead.

More than a year after Port Qasim power plant was put into operation, Waqas has completed nearly 300 applications for electricity bills, all of which have been accurately recorded, without a single delay or error.

In the afternoon, Waqas is still “running”.

The first stop is CPPA. To coordinate the payment of electricity bills, Waqas visits four departments and negotiates with their persons in charge. The smile on his face when he goes out of CPPA indicates a successful negotiation.

Next, National Electric Power Regulatory Authority (NEPRA); and next, Ministry of Planning Development ... By the end of the day, the odometer records another 40 miles on it. For more than four years, Waqas has traveled over 30,000 kilometers in the streets and alleys of Islamabad.

Waqas runs to pursue his dream.

For this, Waqas, who graduated from the University of Wales with an MBA, gave up the opportunity of working in the UK and became an employee of PowerChina from more than 100 applicants; for this, Waqas took his wife and children from his hometown Lahore to Islamabad; for this, Waqas taught himself courses such as thermal power generation and power marketing.

"China and Pakistan are good buddies, good partners, and iron-clad friends. Joining the big family of PowerChina and participating in the construction of Belt & Road Initiative and CPEC together with the Chinese are me doing part to serve my motherland, Pakistan," Waqas says.