PINGDINGSHAN, Dec 14 (China Economic Net) – Pakistani and Chinese enterprises have expressed their intention to cooperate in the deep processing of potato starch, at an online business-matching meeting jointly held by the Ruzhou International Trade Enterprise Association and the Trade Mission of the Embassy of Pakistan Beijing on December 8. 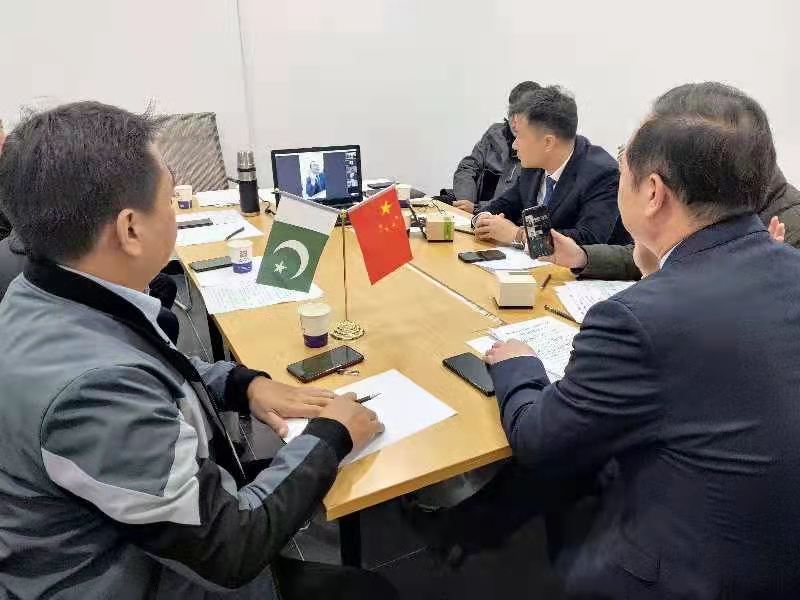 “On the occasion, our enterprises have agreed to import 100 tons of potato starch from Pakistan as we need the product locally. And this is the first step of cooperation,” said Huang Jianle, Secretary-General of the Ruzhou International Trade Association, a trade body based in China’s central province of Henan, in a written interview with China Economic Net (CEN).

According to Mr Huang, enterprises from both countries have also shown keen interest in collaborating on textile products. As a powerhouse for embroidery products in China, Ruzhou is home to the Ruzhou Embroidery Industrial Park, which has provided high-quality embroidery products since its inception in 2015.

Back in July this year, Pakistani Ambassador to China Mr Moin ul Haque made a visit to Ruzhou, where he expected companies from both countries to strengthen cooperation in agriculture and embroidery.

Mr Huang told CEN that the association is expected to establish an international trade company to help facilitate China-Pakistan trade cooperation, adding that the organisation will investigate the Pakistani agricultural industry for more, potential cooperation.

The meeting is also attended by Junaid Raza, Second Secretary at the Pakistan Embassy in Beijing, Deputy-Director Meng Tingbin of Ruzhou Bureau of Commerce, President of the Ruzhou International Trade Enterprise Association.