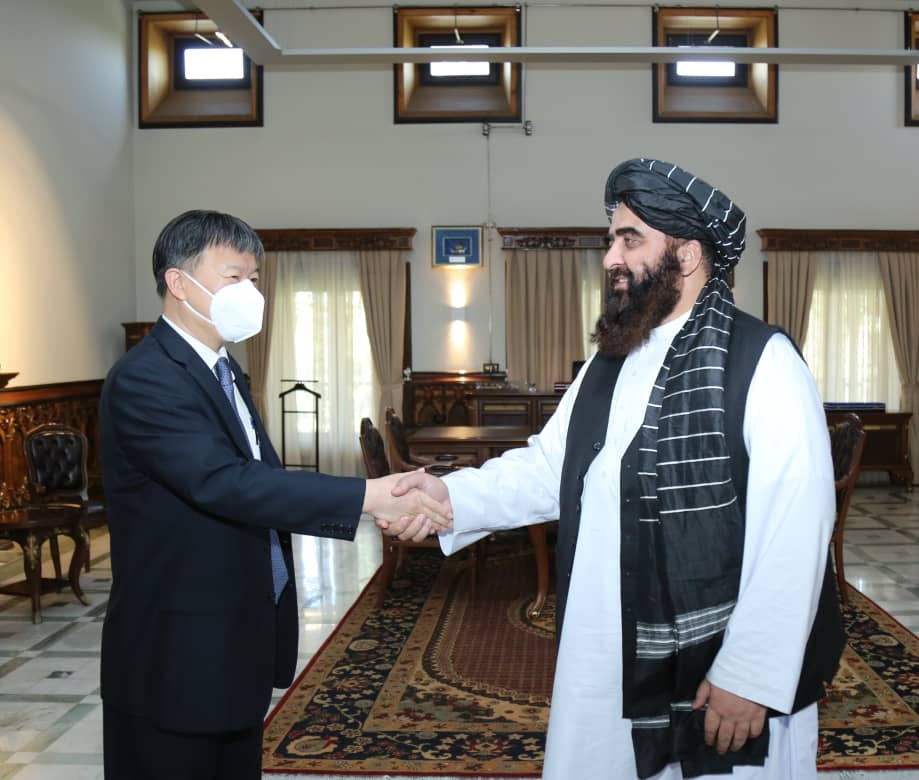 KABUL, Sept. 27 (Gwadar Pro) - While calling the world community to end sanctions on Kabul, Chinese Ambassador to Afghanistan Wang Yu has said that efforts have been sped up for the “assistance of ￥200 million supplies” to Afghanistan.

“Chinese leaders announced to speed up the assistance of ￥200 million materials to Afg[hanistan]; they are here soon,” Mr. Yu tweeted following the meeting with Mutaqqi adding, “Economic sanctions must be lifted; Afghan foreign reserves should be owned by and used for the people.”

Afghan Foreign Ministry spokesperson Abdul Qayum Balkhi in a statement said that both leaders discussed “good bilateral relations and coordinating China’s humanitarian assistance”.  The ambassador emphasized the need for humanitarian assistance and cooperation with Afghanistan and to enhance trade between the two countries, Mr. Balkhi added.

With Afghan Central Bank’s nearly $ 9.5 billion frozen assets, the economic crises are looming as a bigger problem for the Taliban-led Government in Afghanistan. According to UNHCR, around 3.5 million Afghans are internally displaced with half of them displaced very recently. If the world community did not come forward for humanitarian assistance, 90% of Afghans would reportedly go below the line of poverty.

Government of Pakistan and China are the first to urge the global community to unfreeze Kabul’s assets and provide humanitarian assistance to Afghans to thwart the humanitarian looming crisis in the country.

Prime Minister Imran Khan in his recent virtual address to UNGA warned, “A destabilized, chaotic Afghanistan will again become a safe haven for international terrorists – the reason why the US came to Afghanistan in the first place”.

In addition to its own humanitarian aid, China is taking the case of Afghanistan on all international platforms.

China State Councilor and Foreign Minister Wang Yi told the recently-held Group of 20 (G20) Foreign Ministers’ Video Conference on Afghanistan, that G20 should play a constructive role while Afghanistan is seeking “peace, promoting development and gathering consensus”. He said, “Humanitarian assistance is a task which brings no delay; we should redouble efforts and speed up the provision of assistance to Afghanistan”.

According to Syed Waqas Shah, a senior Pakistan journalist and expert on AF-Pak Affairs, the Taliban-led Afghan Government has expectations on China, which could pull Kabul out of the current financial crises. “Irrespective of their ethnic and religious background, all Afghans have positive opinions about China,” Waqas Shah told Gwadar Pro and he added, “As harsh winter is setting in at Afghanistan, the international community, while following in Beijing’s footsteps, should come forward for humanitarian aid in the country”.