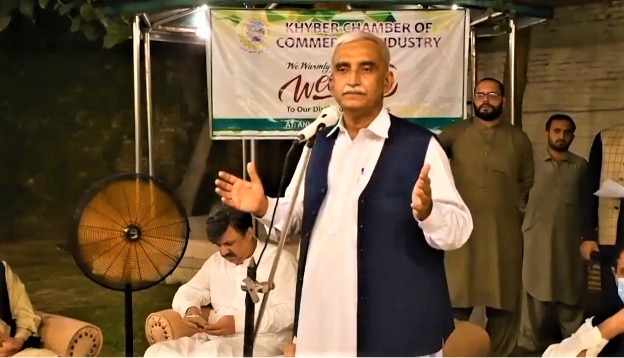 PESHAWAR, Sept 23 (Gwadar Pro) - While urging investors from Central Asian countries to invest in the potential sectors of the northwest province of Khyber Pakhtunkhwa (KP), Abdul Karim Khan Tordher, Special Assistant to KP Chief Minister on Industries, said that KP being a ‘land of opportunities’ has great potential for investments.

Abdul Karim Khan Tordher was speaking at a ceremony held at the Khyber Chamber of Commerce and Industries (KPCCI) in Peshawar. Ambassador of Kazakhstan Yerzhan Kistafin, Iranian Consul General Hamid Raza Ghumi and Afghanistan’s Commercial Attaché Fawad Arsh and a trade delegation from central Asian countries were present on this occasion.

“KP is a gateway for trade with Afghanistan and Central Asian Republics and there is huge potential to further enhance trade between Pakistan and these countries,” said Abdul Karim Khan.

“Work is underway on the Rashakai Special Economic Zone (RSEZ), which is Pakistan’s first legal economic zone under the China-Pakistan Economic Corridor,” he said while inviting investors from the Central Asian States to invest in RSEZ and other potential sectors of the province.

He said that the landlocked countries of Central Asia could utilise the ports of Karachi and Gwadar for their trade with the rest of the world.

The SEZs have contributed significantly to China’s development and the KP Government is adopting the same model for its economic growth by attracting domestic and foreign investment. The SEZs are created, leveraging tax incentives to attract foreign investment that leads to technological advancement. The SEZs also promote value addition in exports, generate employment, encourage import substitution as well as mobilize foreign exchange for the balance of payment support.