GUANGZHOU, Aug.13(China Economic Net) - As part of its public diplomacy activities and to further introduce and popularize Pakistani mangoes in China, the Trade and Investment Section of the Consulate General of Pakistan Guangzhou has organized the "Pakistan Mango Festival" here on Thursday. 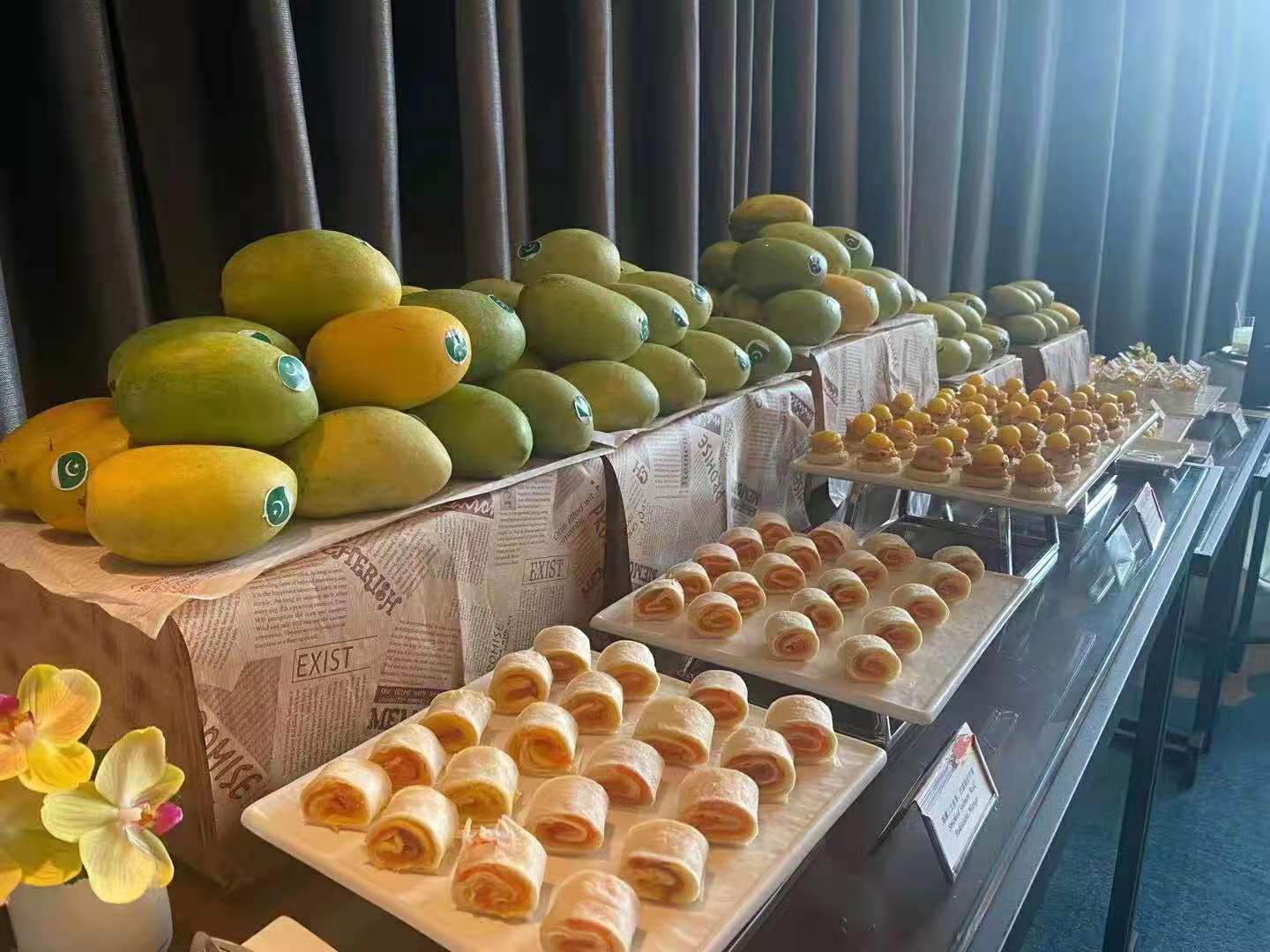 On behalf of Mr. Muhammad Irfan, the Trade and Investment Counselor of Consulate General of Pakistan in Guangzhou,  the Acting Consul General Ali Shahid has delivered welcome remarks and made a full introduction about the star of the event - White Chaunsa.

Ali proudly stated that mango is the national fruit of Pakistan and it is called the ‘King of Fruits’ and Pakistani mango is among the sweetest fruits on the face of the earth.

This is the second and consecutive year that Trade and Investment Section has successfully organized the mango promotion campaign. More and more Chinese people in South ern China have been introduced to this Pakistani National Fruit. This year also marks the 70th anniversary of the  China-Pakistan Diplomatic Relationship.

“We wish our friendship is as sweet as our mangoes. Long live Pakistan-China Relationship,” Acting Consul General said.

As one of the special parts of this year’s event, the Trade and Investment Section has invited two local social influencers for online live streaming during the whole event. Hundreds of people got the chance to see this whole event and see Pakistani mangoes right from their small screens in their hands.

On top of that, the mango selling link was activated during the live stream. 20 boxes of fresh Pakistani mangoes shared by the Trade and Investment Section Guangzhou were sold out in just about 10 minutes.

The guests attending the festival were served with slices of fresh Chaunsa, as well as a range of most popular mango dishes - including mango lassi, mango sphere, mango pudding, and mango tart.

The guests thoroughly enjoyed the variety of dishes and hailed the unique and sweet taste of Pakistani mangoes.

A large number of guests including Chinese dignitaries, government functionaries, diplomats from the Consulate General of Malaysia, Belgium, and Turkey in Guangzhou, members of civil society, fruit importers, and media persons attended the event and had a first-hand experience of the taste and aroma of the famous Pakistani mangoes.

A group photo was taken that showed everybody was giving a big thumbs-up and happy smile towards this year’s event and they are looking forward to next year’s event.