China, Pakistan to step up cooperation on health care under CPEC

Landing will carry out artificial intelligence (AI)-assisted diagnostic technology for cervical cancer screening program in Pakistan, which is under the framework of the China-Pakistan Economic Corridor (CPEC).

According to the MoU between China-Pakistan, Landing will conduct free screening service of cervical cancer for 10, 000 women in Pakistan.

It is learnt that there are some 45 million women who need cervical cancer screening in Pakistan. However, the current screening coverage is far away from the government’s target.

The shortage of professionals and laboratories in cervical cancer monitoring is a common problem faced by developing countries, said Moin ul Haque, the Pakistani Ambassador to China when visiting Landing in April 2021.

“Landing’s high-quality and low-cost cervical cancer screening service can provide a solution to these problems in Pakistan as we have made successful practice in China’s rural areas," said Sun.

According to Sun, traditionally, a doctor can screen on average 100 cell samples a day through microscopes. Now, Landing’s robot can screen at least 35,000 samples a day.

Sun said that “Powered by Landing’s cutting-edge AI and cloud technologies, I can serve more women, which gives me a sense of gain.”

In addition to that, Landing’s AI-powered and cloud-based cervical-cancer-screening platform, can provide more accurate screening compared with that of doctors so as to buy time for timely treatment.

Sun said, “As a doctor and female, I know that a diagnosis is not just a test result, as it matters to a woman's life and a family's wellbeing."

Sun told China Economic Net (CEN), “Pakistan, the iron brother of China, need this kind of large-scale screening service. I can help with that. I hope to use the advanced technologies to help Pakistani women prevent and cure the disease.”

She added that “It will not only benefit more women, but also boost health care and other related industries’ development in Pakistan.”

“I am willing to do my contributions to the health cooperation, people-to-people exchanges under CPEC and China-Pak friendship,” said Sun.

“By the end of this year, another one hospital will join in. By 2022 end, Landing will be landed in totally 19 hospitals in Pakistan,” said Sun.

To push ahead the program, a total of 26 Pakistani students from Wuhan University are taking relevant training at Landing based in Wuhan in July 2021.

Landing’s cervical cancer screening technology has been successfully applied in several provinces of China, including Hubei, Yunnan and Shanxi and some countries and regions participating in the “Belt and Road Initiative (BRI)”. 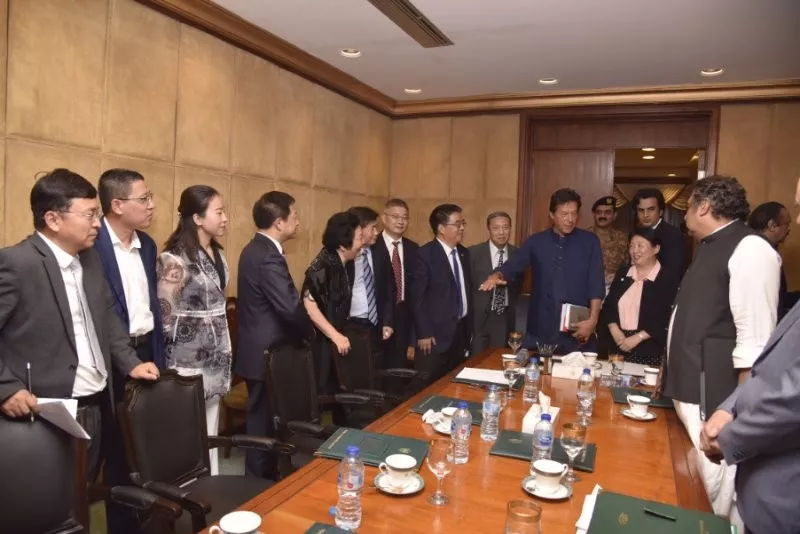