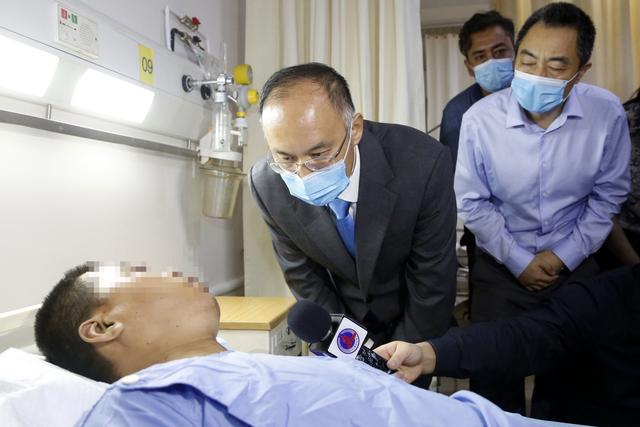 At around 7:00 a.m. local time Wednesday, the shuttle vehicles of the Dasu Hydropower Project for which a Chinese company is contracted to build, were hit by a blast when they were heading to the construction site in Pakistan's northwest Khyber Pakhtunkhwa province, leaving nine Chinese nationals and three Pakistanis dead, according to the Chinese Embassy to Pakistan.

Pakistani officials said the blast, which happened in the Upper Kohistan district of the province, also injured over 30 people including the Chinese nationals.

At the hospital, Nong inquired in detail of the treatment and condition of the injured Chinese nationals, conveyed the care and concern of the Chinese government and the people to the injured and wished them quick recovery.

"We are deeply saddened by this tragic incident," Nong told Xinhua.

The Chinese government has sent clear instructions to the embassy regrading the incident and the embassy will follow the instructions to communicate and coordinate closely with the Pakistani side, said Nong, adding that the priority is to treat the injured to the maximum extent and at any cost to ensure that they can recover as soon as possible.

Stressing an in-depth investigation into the incident, Nong said if it is a man-made incident or an incident related to terrorism, the perpetrators must be brought to justice.

The ambassador also warned that the Chinese nationals, enterprises, projects and institutions in Pakistan should step up security to ensure their safety and refrain from going out unless necessary.

Mahmood told Xinhua that the Pakistani side will do its best to make sure the injured Chinese nationals get the best treatment.