The shipment, which consists of 18 tons of Pakistani Sindhri mangoes, will be dispatched from Lahore to Lanzhou and it is the first time in history that this city will receive a direct shipment of Pakistani mangoes.

Normally Pakistan sends its mangoes to Kunming City of China’s southwestern Yunnan Province and then they are distributed to other parts of the country.

Similarly, Kunming is ready to receive a shipment of 2.8 tons of mangoes tomorrow and the city will receive more consignments in the coming months.

Sindhri mangoes are very popular for their sweet flavor and fine fiber. They are mainly harvested in Hyderabad and Rahim Yar Khan of Pakistan. Supplied to the international market from mid-May to mid-July, Pakistan mangoes enjoy the reputation of "King of Fruit" in this country, and they are one of the leading fruits in terms of production in Pakistan. They are now planted in a vast area with an annual output of about 1.7 million tons, and Pakistan is the fourth largest mango producer in the world.

While talking to China Economic Net (CEN), Mr. Badar u Zaman, the Commercial Counsellor at the Pakistan Embassy in Beijing, said that the embassy was trying for a long time to find another market for Pakistani mangoes in China besides Kunming. He noted that now we hope to see rapid growth of mango exports from Pakistan to China as it will catch momentum once the local people of Lanzhou taste Pakistani mangoes. He said that China is expected to have one shipment of mangoes every 10 days.

According to Mr. Badar, the Pakistan Embassy in Beijing will organize a mango festival in the first week of July where Chinese enterprises are welcomed. Due to the limited venue space, the registration will be on a first-come-first basis.

The Embassy organized the Mango Festival in 2019 with the help of China Economic Net. 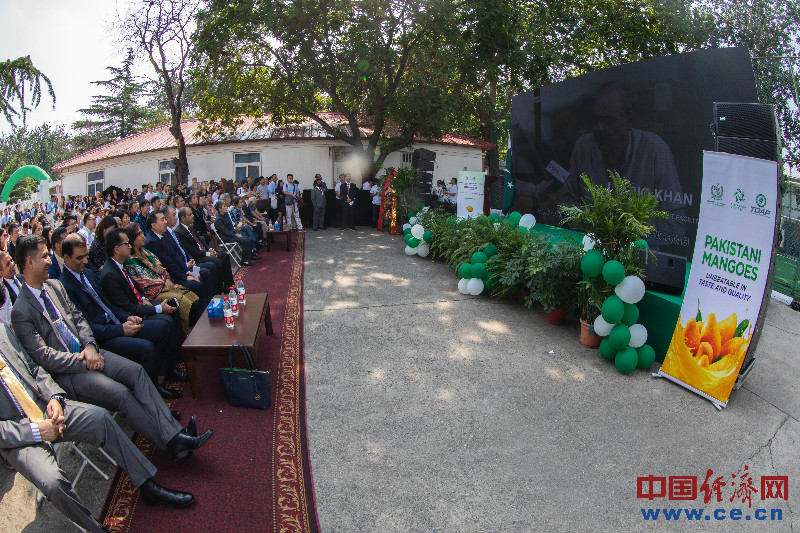 While quoting the Pakistani Ambassador Mr. Moin ul Haque in China, he added that Pakistan has succeeded in reviving its economy, which is expected to grow by nearly 4% in 2021. Its exports to China in April registered an impressive increase of 88% as compared to 2020. With this momentum, we expect record numbers of bilateral trade and expect China to become one of Pakistan's largest export destinations in non-conventional export sectors like metals, ores, cereals, and seafood.