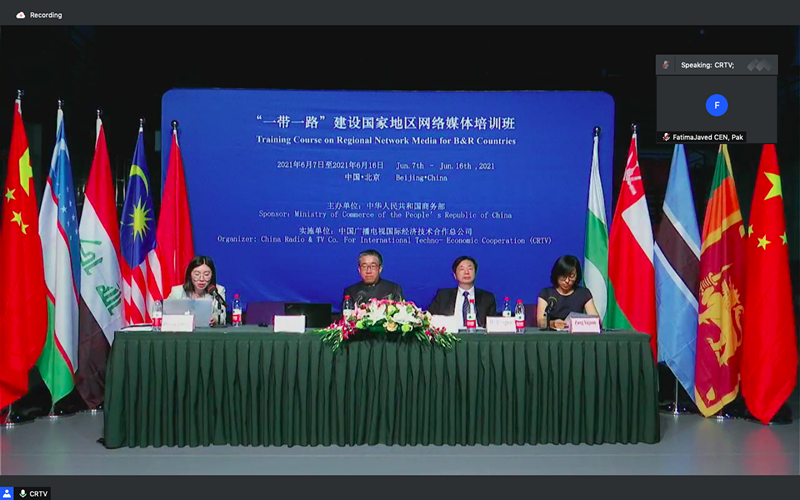 The 10 days’ training course of sharing digital television broadcasting techniques is sponsored by the Ministry of Commerce of China. Journalists and media personnel from Pakistan, Malaysia, Oman and Botswana are attending the online course.

Dayang Technology department held presentations on the second day of the training and introduced the basic theory of network media, the current situation and trend of its development.

The organizers explained the relevant professional knowledge, to enable the participants to have a more comprehensive understanding of the theory and technology of network media.

The training session will further focus on operation and commercialization, introduction and practice of syncretizing media technology, situation of China and the situation of anti- epidemic in China.

Lectures on high- tech audio visual format and development of network audio-visual and media industry will also be a part of the training. The closing ceremony will be held on June 16th.

Since 2000, CRTV Training Center has organized various courses such as China Radio and TV Administration Official Seminars and Technical Training Course on Radio and TV Broadcast every year.

CRTV is the only professional state-level company in the field of Radio and TV in China. It conducted more than 1,000 designs and construction projects in broadcasting and television domain both at home and abroad.

More than 1,400 officials and technical personnel from over 100 countries from Asia, Africa, Latin America, Europe and Oceania have participated in these training courses.