PESHAWAR,June 5(Gwadar Pro)-Poverty has risen sharply in Pakistan since the Covid-19 outbreak, and it is learned that the number of street children is over 1.5 million in the country. According to the Street Children Center in Peshawar, the number of these children is said to be 25,000 in Khyber Pakhtunkhwa, including Peshawar. Although the provincial government has allocated a significant amount for the welfare of street children, some private organizations are also playing a positive and constructive role in this regard. 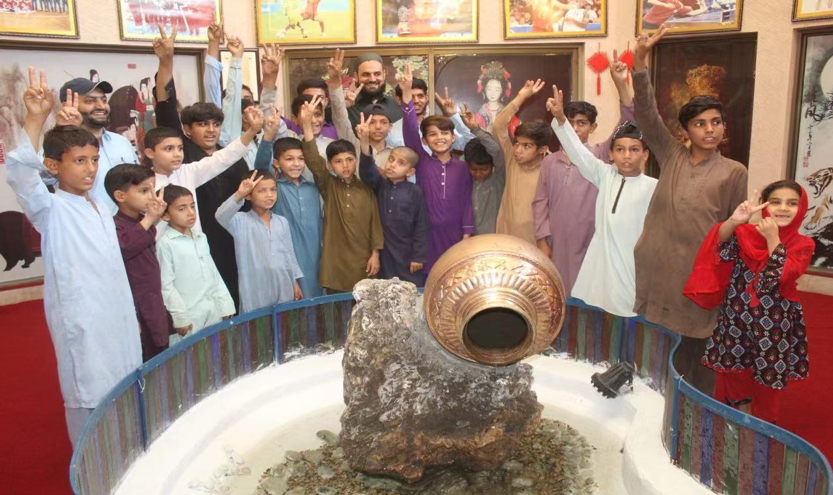 Hafiz Israr, head of the Street Children's Center, who is teaching about 50 children, visited the Chinese cultural and information center China Window on Thursday. The China window spread a smile on the faces of the children that could not be guessed. The children were told about China and taken on a tour of the China Window galleries. The traditional Chinese dance was shown on the big screen, which doubled their happiness. Street Children also wished to learn the Chinese language; gifts were distributed among all the children.

Amjad Aziz Malik, administrator of China Window, announced that China Window will bear the cost of at least five Children enrolling in the schools so that these children can be made useful citizens of Pakistan.